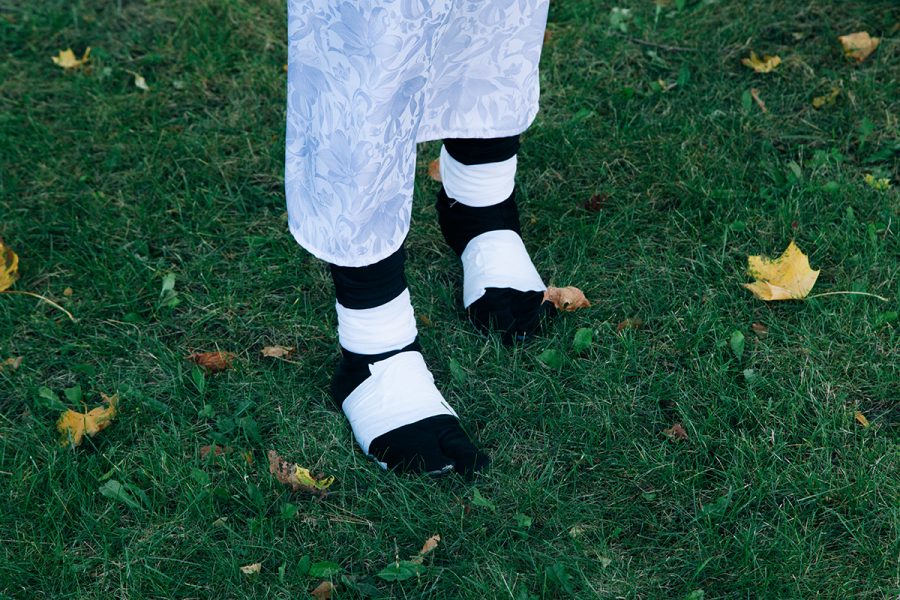 single use salmon plogging addresses the labour required for enacting upon human responsibilities for taking care of the environment. The performance meditates upon the all too human compulsion to purchase and then discard that which is easily accessible, mass-produced, and presumably replaceable.

In this performance, Toronto audiences are introduced to Ayumi Goto’s performance-alter ego, geisha gyrl, who is part salmon and part human. A performative shadow of Adrian Stimson’s Buffalo Boy, geisha gyrl and her team of scavenger-collectors intervene with the Toronto Waterfront Marathon and run the 42 kilometre route, collecting plastic and other debris along the way. single use salmon plogging culminates at the finish line of the marathon.

This performance is dedicated to the Anishinaabe grandmother, activist and water walker, Josephine Mandamin, who circumnavigated the Great Lakes, covering over 17, 000 kilometers to raise awareness about the pollution in the river and lake systems. The performance is also dedicated to David S. Buckel, an LGBTQ rights lawyer, environmental activist, and runner, who self-immolated in Brooklyn to protest humanity’s addiction to fossil fuels.

The route run by geisha gyrl and her team of scavenger-collectors references and at points overlays the site of the Toronto Biennial’s curatorial activities, located along the original boundaries of the so-called Toronto Purchase of 1805 which stretch from Ashbridges Bay to Etobicoke Creek.


The performance begins at the starting line of the marathon and finishes when Ayumi and her team of scavenger-collectors cross the finish line. The performance will conclude in a final action a short distance away near Larry Sefton Park, which is located at the north/east corner of Nathan Philips Square.

Launching September 21, 2019, the Toronto Biennial of Art is a new international contemporary visual arts event as culturally connected and diverse as the city itself. For 72 days, Toronto and surrounding areas will be transformed by free exhibitions, talks, workshops and performances that reflect our local context while engaging with the most pressing issues of our time. The inaugural Biennial will present over 100 works by Canadian, Indigenous, and International artists installed at more than 15 sites on or near Toronto’s waterfront. 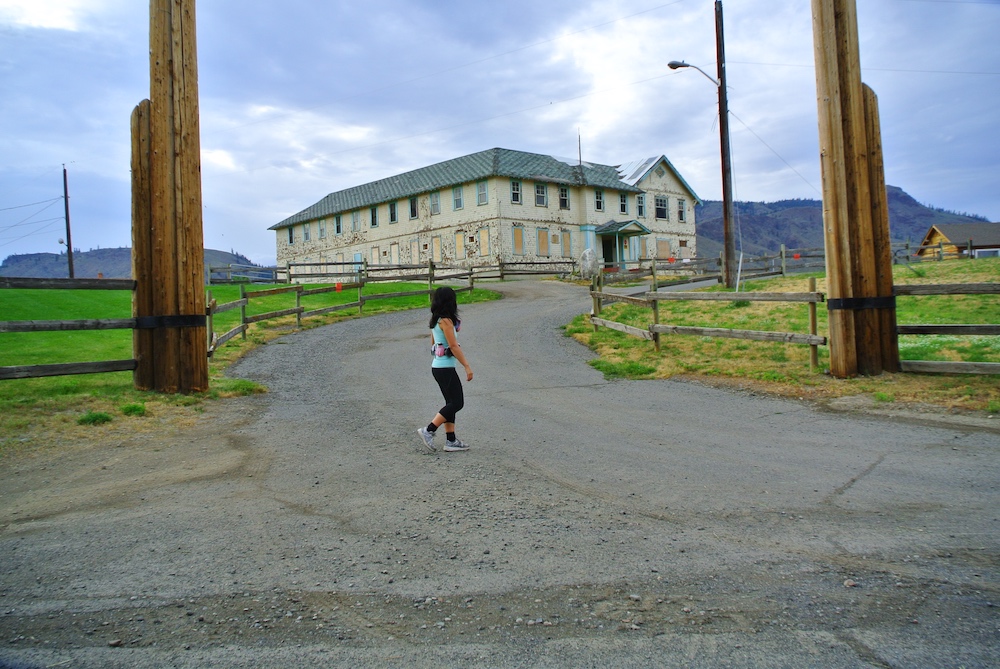