Presented by FADO Performance Art Centre, in the context of the 38th Rhubarb Festival at Buddies in Bad Times Theatre.

This is a rare opportunity to experience the powerful and provocative work of Staceyann Chin, an out spoken-word poet and LGBT rights and political activist. In her performance for MONOMYTHS, Chin weaves excerpts from her 2015 solo performance Motherstruck! with new thoughts and words ruminating on survival and action strategies for living in the current political situation in the USA as an intersectional life-term activist.

Staceyann Chin’s work has been published in The New York Times, The Washington Post, and the Pittsburgh Daily; and has been featured on 60 Minutes and The Oprah Winfrey Show. In 2015, she was named by Equality Forum as one of their 31 Icons of the 2015 LGBT History Month.

“To watch Chin perform is to watch the very essence of poetry manifested: her performances are imperfect, volatile and beautiful. Chin’s poetry is passionate and well-written, sure; but it’s her ability to communicate that passion in performance that is unparalleled. She becomes the poetry.”
~Cristin O’Keefe Aptowicz, author

MONOMYTHS invites a diverse collection of artists, scholars, and activists to revise Joseph Campbell’s conception of the hero’s journey through performance art, lectures, workshops, and other offerings. This new assemblage of non-linear un-narratives proposes a cultural, political and social feminist re-visioning of the world. The MONOMYTHS perception of the universal journey dispels the notion of the lone patriarchal figure on a conquest to vanquish his demons–both inner and outer–in consideration of community, collectivity, and collaboration. 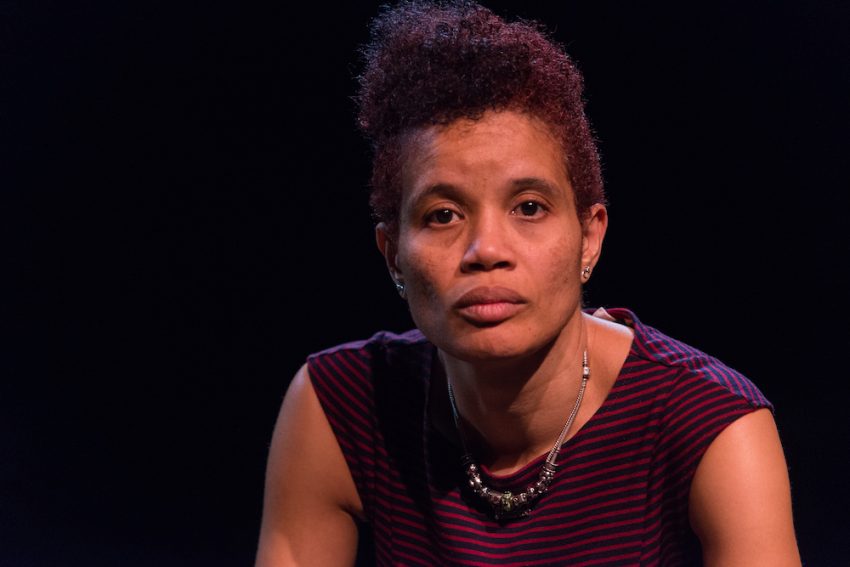 The MONOMYTHS perception of the universal journey dispels the notion of the lone patriarchal figure on a conquest to vanquish his demons–both inner and outer–in consideration of community, collectivity, and collaboration.