LOST in TRANS by Dickie Beau 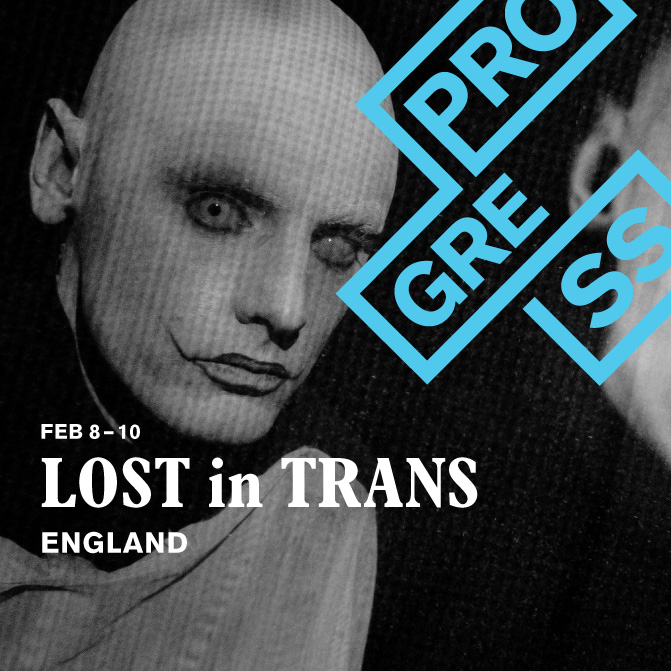 Dickie Beau presents a poetic performance of peculiar personas. LOST in TRANS takes Dickie’s sensational multimedia aesthetic to hallucinatory new heights. Continuing his shtick of using playback, in which he ‘channels’ voices he sees as being misplaced, misrepresented or misunderstood, Dickie breathes new life into found sound, ‘re-writing’ audio artefacts and playing them back through his body to become a live performing archive of the missing.

Presenting a compelling constellation of vivid characters inspired by cultural antiquity and Ovid’s Metamorphoses, LOST in TRANS is an off-road trip through the cultural archives. Cyclops, the one-eyed giant, becomes a third eye through which we view the world anew, including a radical re-visioning of Echo, the Nymph, of whom all that remained when she died of a broken heart was the sound of her voice…

“Dickie Beau is the closest this country has to a genuine medium, an auteur of the airwaves, who can put flesh onto recorded sound in a manner both gripping and disturbing.”
This is Cabaret (London)

LOST in TRANS was originally a Southbank Centre commission supported by a Jardin d’Europe contemporary dance award and a residency at Cullberg Ballet, Stockholm and has been presented at: Southbank Centre in London, Contact in Manchester, Homotopia Festival, Liverpool, Artsadmin, London, and City of Women Festival, Ljubljana (curated as part of the Live Art Development Agency’s Just Like a Woman programme).