FADO Performance Art Centre presents a new durational performance work, Pentagram, by Gustaf Broms. From September 23-27, Broms will perform a series of street actions in public spaces throughout Toronto’s downtown core, each day from 9:00am to 5:00pm, mimicking a “typical” work day.

Gustaf Brom’s artistic practice is engaged with the exploration of the nature of consciousness, the dualistic concept of “i”, and the biological reality of the body, in an effort to understand the ‘being mind’ as a direct experience of ‘reality.’ In his practice, he started off working photography and installation, but two work in particular led him to work with the more formless processes of performance. In 1991, Broms burned all of his work, and in doing so realized that the intensity of the action and the remaining ash far outdid anything he had previously made. In 2005, he completed a series of works entitled 5 Faiths for a Brave New World in which he worked with objects that were physically too heavy for the body to move. These two experiences created a longing to explore the formless and led up to the project entitled A Walking Piece made with Trish Littler, in which the two artists spent 18 months walking across Eastern Europe. The result is considered a drawing.

Currently, Broms continues to work with a series of movements that look at concepts of inner/outer and movement/stillness, working with his own body as the tool for examining these processes. The constant question for Broms is, “why are the dancing atoms of this body not merging wit the dancing atoms surrounding it?”

The complicated relationship
HuMans and the surroundings
/natural / human / species /
must be resolved on a psychological level,
before any real change can take place ?
do I live with identity restricted to the borders of my skin ?
or
do I live with the understanding that this is a construct of mind ?
as the water and air flows through my body
is it at all possible to identify with this vessel ?
The work I am planning for Toronto is my first attempt to
explore the possibilities to aid this change,
using the language of the body as tool.
~Gustaf Broms 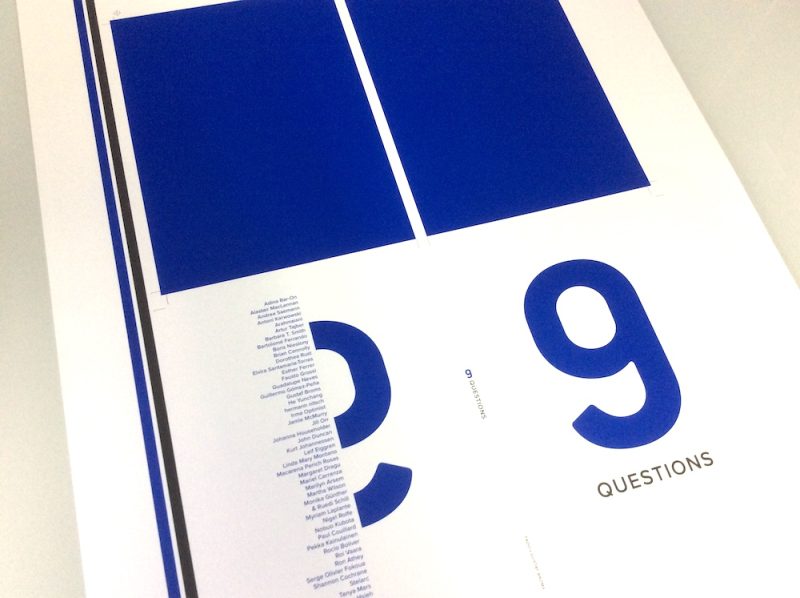 For Broms, these nine are the essential questions. The responses collected are as diverse and wide-ranging as the artists and their own approaches, from the practical, to the abstract to the simply far-flung, in addition to some reassuring and surprising overlapping ideas and connections.