I was there by Francesca Fini 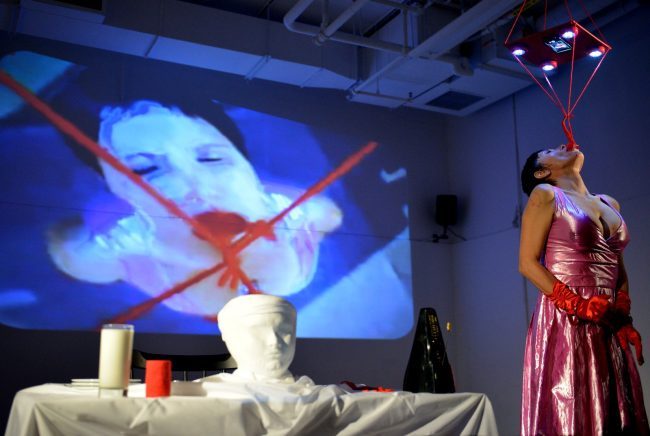 Curated and presented by FADO Performance Art Centre in the context of the 10th 7a*11d International Festival of Performance Art. Supported by the Istituto Italiano di Cultura in Toronto.

I was there, because I’m here now. I was there, even before being and idea in my mother’s head.

I was there is a live art project where the traditional languages of documentary and “mockumentary” are subverted and updated, while blending with the surrealism of live media performance. In the performance the artist approaches the past of western civilization – and the one of my her own family – by digitally and lively inserting herself into historical pictures and movies. Fini sabotages the past in a metaphysical scenario that integrates live media, video projections and chroma key technology, and ends up loosing herself while becoming “part of the picture.” It’s an impossible encounter with the past, with culture, and with family, in which space and time collapse into the ideal dimension of performance art. 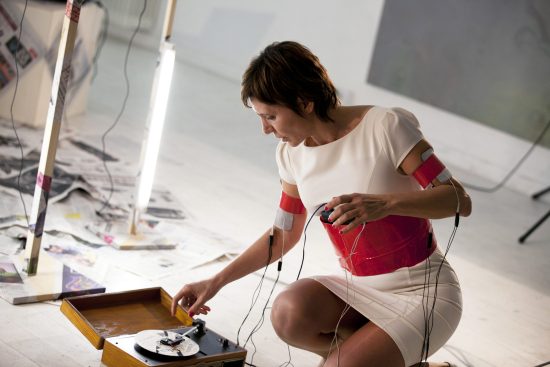