A Conversation with Bruce Barber 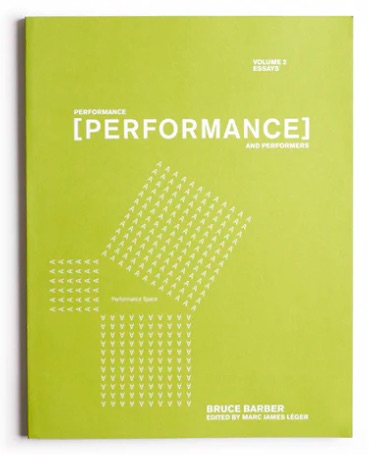 Join us for an afternoon conversation with Bruce Barber on the occasion of the launch of his latest two volume book, Performance, [Performance] and Performers (edited by Marc James Leger, YYZBooks, 2007).

Bruce Barber is an artist, writer, curator, and educator based in Halifax, Nova Scotia, where he teaches at NSCAD University. His artwork has been shown at the Paris Biennale, the Sydney Biennial, the New Museum of Contemporary Art, the Walter Phillips Gallery, London Regional Gallery, and ArtSpace Auckland. Barber is the editor of Essays on Performance and Cultural Politicization and of Conceptual Art: the NSCAD Connection 1967-1973. He is co-editor, with Serge Guilbaut and John O’Brian of Voices of Fire: Art Rage, Power, and the State. His critical essays have appeared in numerous anthologies, journals and magazines. His art practice is documented in the publication Reading Rooms. He is best known for his early performance work, his Reading Rooms, Squat Projects and his writing and theory on Littoral Art.

“Bruce Barber is the quintessential dissident theorist/artist. Navigating the history of contemporary performance and performative conceptual art with ease, he maintains the position of the artist, the maker. His unique approach is dense and rewarding, a virtual intervention into the standard social performance narratives. Barber’s subtle iconoclasm—aimed at the generalizations (we) critics have promulgated—expands the context in which performance is considered and creates in the process a new kind of criticism that tackles the contradictions embedded in postmodernism and political art activism. Barber zeroes in on the function of the work, monitoring a kind of chain reaction as it acts on culture, rather than as an enactment in culture. These two volumes contain the most intelligent treatment of performance phenomena to date.”
~Lucy R. Lippard, author of Get the Message? A Decade of Art for Social Change

How artists speak about themselves publicly lives somewhere between fantasy, biography, and history. This fragrance is showy yet vulnerable; a new light illuminates the artist and their work. You get to decide what is fantasy, biography, or history.

paper coming out of a printer, rose blossom