Tanya Mars is a feminist performance and video artist who has been involved in the Canadian art scene since 1973. She was a founding member and director of Powerhouse Gallery (La Centrale) in Montreal (the first women’s art gallery in Canada), editor of Parallelogramme magazine for 13 years, and very active in ANNPAC (the Association of National Non-Profit Artist-run Centres) for 15 years. She has also been an active member of other arts organizations since the early 70’s. Her work is often characterized as visually rich layers of spectacular, satirical feminist imagery. She has performed widely across Canada, in Valparaiso, Chile, Mexico City, Sweden, France and Helsinki. In 2004, Mars performed the 7-hour durational performance entitled The Tyranny of Bliss which involved over 30 performers who created 14 tableaux in and around Queen’s Park in Toronto.

She is co-editor with Johanna Householder of Caught in the Act: an anthology of performance art by Canadian women (2004), and More Caught in the Act (2016), both published by YYZ books and partners. She is also a member of the 7a*11d Collective (established in 1997) that produces a bi-annual International Festival of Performance Art in Toronto. She currently teaches performance art and video at the University of Toronto Scarborough and is part of the graduate faculty of the Master of Visual Studies Program at the University of Toronto.

In 2004, Mars was named Artist of the Year for the Untitled Arts Awards in Toronto. She is the recipient of a 2008 Governor General’s Award in Visual and Media Arts and was an International Artist in Residence at La Cité Internationale des Arts in Paris in 2006. In addition a book on her work published by FADO and edited by Paul Couillard, Ironic to Iconic: The Performance Works of Tanya Mars, was launched in 2008.

In the 70s and 80s Mars’ work focused on creating spectacular feminist imagery that placed women at the centre of the narrative.  Since the mid-90s her performances have included endurance, durational and site-specific strategies. Her work is political, satirical and humorous. She has worked both independently and collaboratively to create both large-scale as well as intimate performances. Her most recent body of work are a reflection on our complicity in the world of excess and consumption in the face of economic collapse. 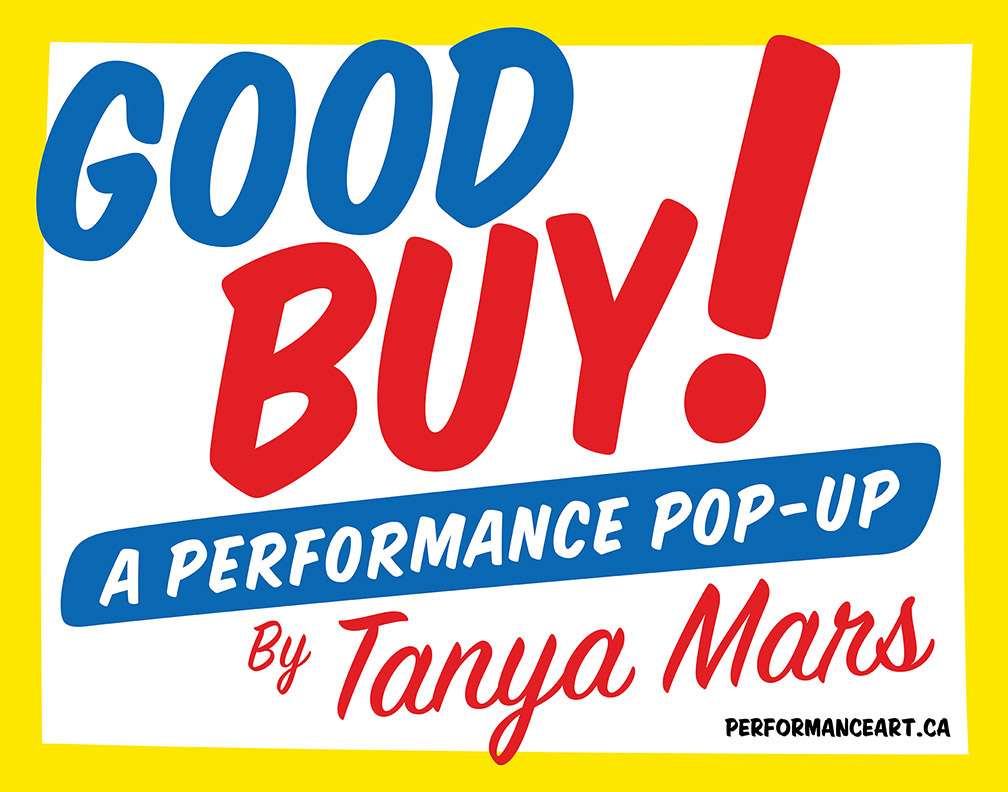 Tyranny of Bliss by Tanya Mars

Inspired by a variety of sources ranging from the 14th Century frescoes of Ambrogio Lorenzetti on the Effects of Good and Bad Government to Fellini’s Satyricon, Tanya Mars constructs a modern day social satire with a cast of 30 performers.

The fourth performance in the TIME TIME series.

From Ironic to Iconic: The Performance Works of Tanya Mars

“Ironic to Iconic gives the reader a cogent and too little-known background to Mars’ career and her role in the development of performance art in Canada.”

Tanya Mars’ performance HOT was presented in Toronto as part of TIME TIME TIME, a 12-month series of durational performance art works by artists from the UK, US and Canada.

“Ironic to Iconic gives the reader a cogent and too little-known background to Mars’ career and her role in the development of performance art in Canada.” ~Jessica Bradley