Naufus Ramirez-Figueroa is a performance and visual artist. Over the past eight years, he has performed and exhibited at various Canadian artist-run centers and in galleries and museums throughout Latin America. Born in Guatemala during the most violent years of war, Ramirez-Figueroa’s work attempts to explore the nature of witnessing and narrating traumatic experience from a Mayan/Mestizo perspective. Naufus Ramirez-Figueroa contextualizes his work within a historically informed framework of subject-focused language and representation. His work questions accepted notions of humanity and the humane, and individual and collective constructs of social responsibility.

Ramirez-Figueroa’s work attempts to create an opening for dialogue around ethics regarding the development of interpersonal relationships embedded in political conflict, colonialism, oral history, ethnic cleansing, economics, and notions of belonging.

This explored dialogue is a re-consideration of the parameters between the self and the “other”, concepts that are currently influenced and defined by political, cultural, religious and scientific ideology. Ramirez-Figueroa utilizes Georges Bataille’s theory of excess to further explore the possibility of excess in relation to potential communication between individuals.

Bataille saw the concept of excess as related to a bleak and abject side of human existence, focusing on that which society has generally refused to recognize. Ramirez-Figueroa questions if this notion of excess could also be applied to an unacknowledged sense of empathy and communication within the commonplace and ordinary human experience. Such investigations reach into the realms of the metaphysical, attempting to describe an opposite end of the spectrum related to Bataille’s theories of excess, while simultaneously utilizing abject images of excess in his work.

Concurrent to this desire for dialogue around the influences on self-individuation in relation to ethics, the artist calls for a reassessment of the way in which semiotics is commonly used within cultural dialogue. Seemingly, the desire to reduce the interpretation of art to its most simplified and immediate meaning pervades the contemporary cultural climate. By not providing work easily read from the viewpoint of semiotics, the artist wishes to present the opportunity of a more contemplative experience of art for the viewer, and a more complex consideration of the meaning of the semantics of the work.

Naufus Ramirez-Figueroa studied at the Emily Carr Institute of Art and Design in the Intermedia program, and has been mentored by Rebecca Belmore in the areas of sculpture and installation. He is currently preparing a Performance Art work for the Vancouver Art Gallery integrating the sculptural pieces of Franz West in relation to the current VAG exhibition.

The Sun is Crooked in the Sky; My Father is Thrown Over my Shoulders by Naufus Ramirez-Figueroa 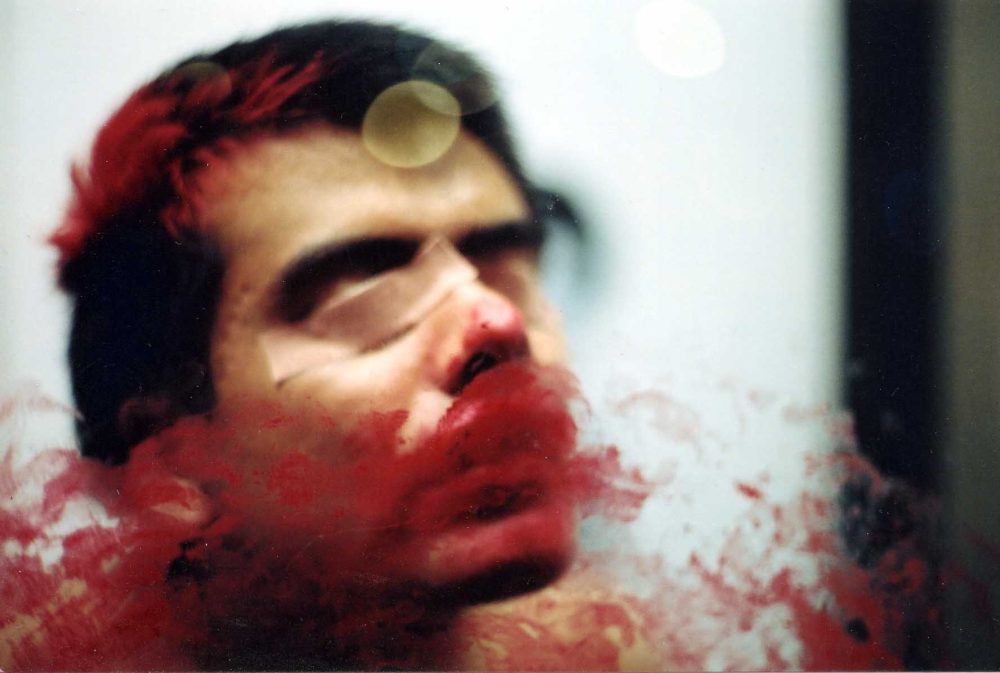 This continuous 100-hour performance is a visceral, searching visual and action-based exploration of the artist’s personal history.

Naufus Ramirez-Figueroa’s The Sun is Crooked in the Sky: My Father is Thrown over my Shoulders

Essay by Irene Loughlin about the 100-hour continuous performance, The Sun is Crooked in the Sky.