Kate Barry is currently based on the the unceded, traditional territories of the Coast Salish peoples sḵwx̱wú7mesh (Squamish), sel̓íl̓witulh (Tsleil-Waututh), and xʷməθkʷəy̓əm (Musqueam) nations in Vancouver, Canada.

Barry is a performance artist whose work investigates queerness, subjectivity and embodied practice through painting, drawing and video. She has contributed over 20-years to working in artist-run spaces committed to the exhibition of artwork outside the mainstream. She has performed and exhibited in galleries and festivals throughout Canada and internationally, including the National Gallery of Canada, Vancouver Art Gallery, Open Space (Victoria), 7a*11d Festival of Performance Art (Toronto), World Pride Toronto, and the Rider Project (NYC). In addition, she has self-produced work at the Musee d’Orsay (Paris, France) and Art Gallery of Ontario (Toronto).

From 2011–2014 Kate Barry was a member of the board of directors for FADO Performance Art Centre (Toronto). She was the project manager for More Caught in the Act: An Anthology of Performance Art by Canadian Women (edited by Johanna Householder and Tanya Mars) and she worked as the archival and research associate for the book, Wordless: The Performance Art of Rebecca Belmore. She was as the project lead for the MPCAS, an urban screen launched by grunt gallery in 2019. Currently, she is a sessional faculty at Emily Carr University of Art & Design and serves on the board of directors of the Mutual Aid and Reciprocity Fund (MARFEC) at ECU. From 2013 until 2016, she wrote a popular Blog called Performance Art13 that focused on the Toronto performance art scene from a visual art perspective. 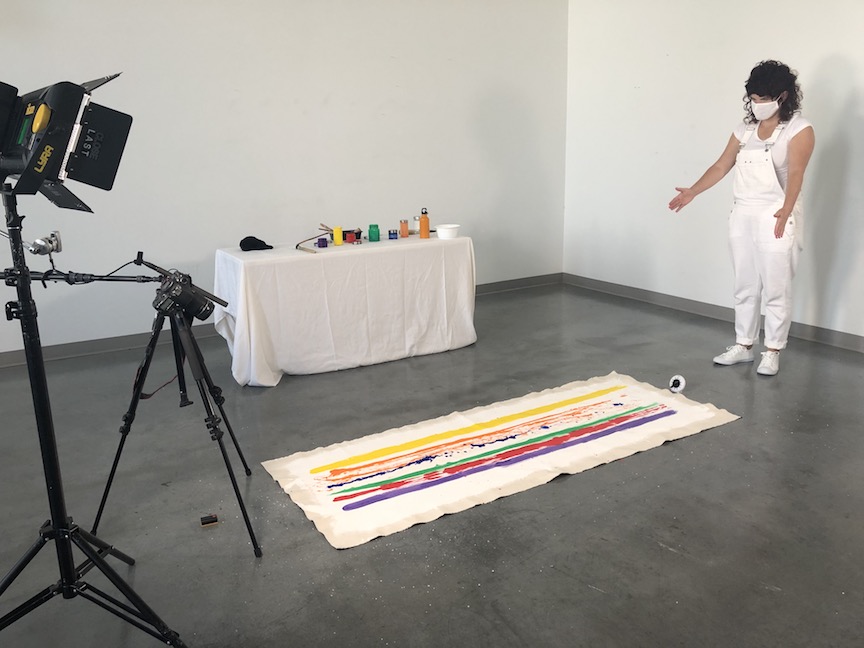 Queer Lines (For Agnes) is a performance for the camera that marks pandemic time through the abstraction of the Pride Flag.