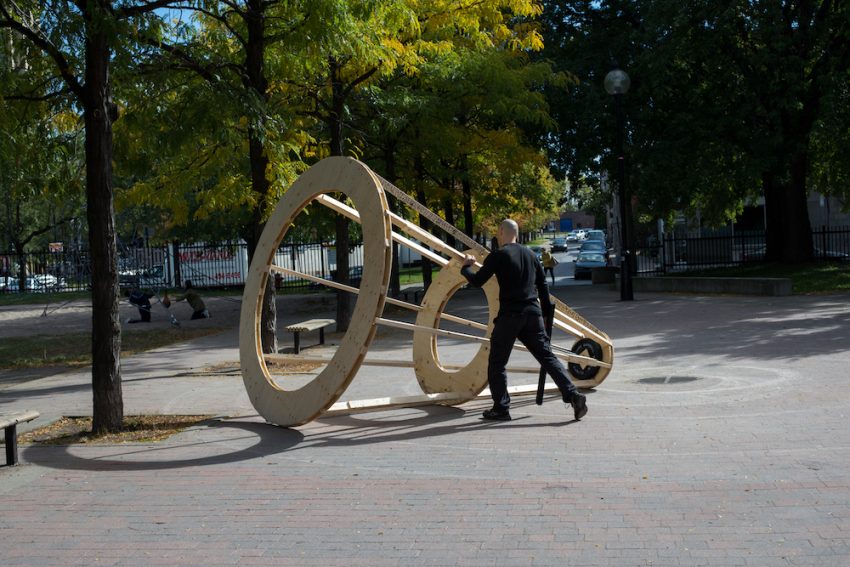 John Court has been living in Tornio, Finland, since 1997. As a durational performance artist, time is one of the most important elements in Court’s work. Often, he performs for 8 hours, the length of a working day. Other times he performs throughout an entire event or during the opening hours of the specific venue (museum, institution), in which the event takes place. Lately he has been interested in letting the objects and materials that he uses in his performances determine the duration of his work. He does not consider his performances as a solo piece, since the element of collaboration is inherent in them, be it through his engagement with curators, organizers, artists, viewers, objects, spaces and time. 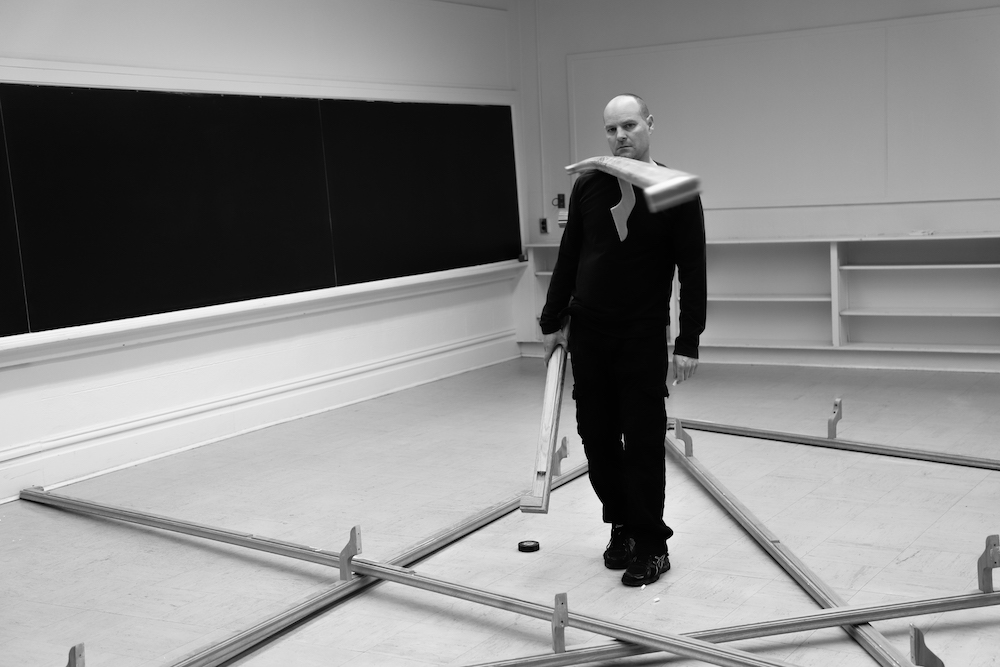 John Court’s work often refers to his own days at school, counting (or trying to), reading and drawing. In this site-specific action in the decommissioned St-Louis-de-Gonzague Elementary School, Court utilized wooden stair handrails in this durational performance action.